The Elder Mine and the Tagami Property

The Elder mine and the Tagami property are 100% owned by Abcourt. This mine is conveniently located just six miles (10 km) northwest of the mining community of Rouyn-Noranda in Quebec. The properties include 36 contiguous claims, one mining concession and two mining leases. Royalties varying between 2% and 3% of net smelter revenue are payable on different parts of the properties. 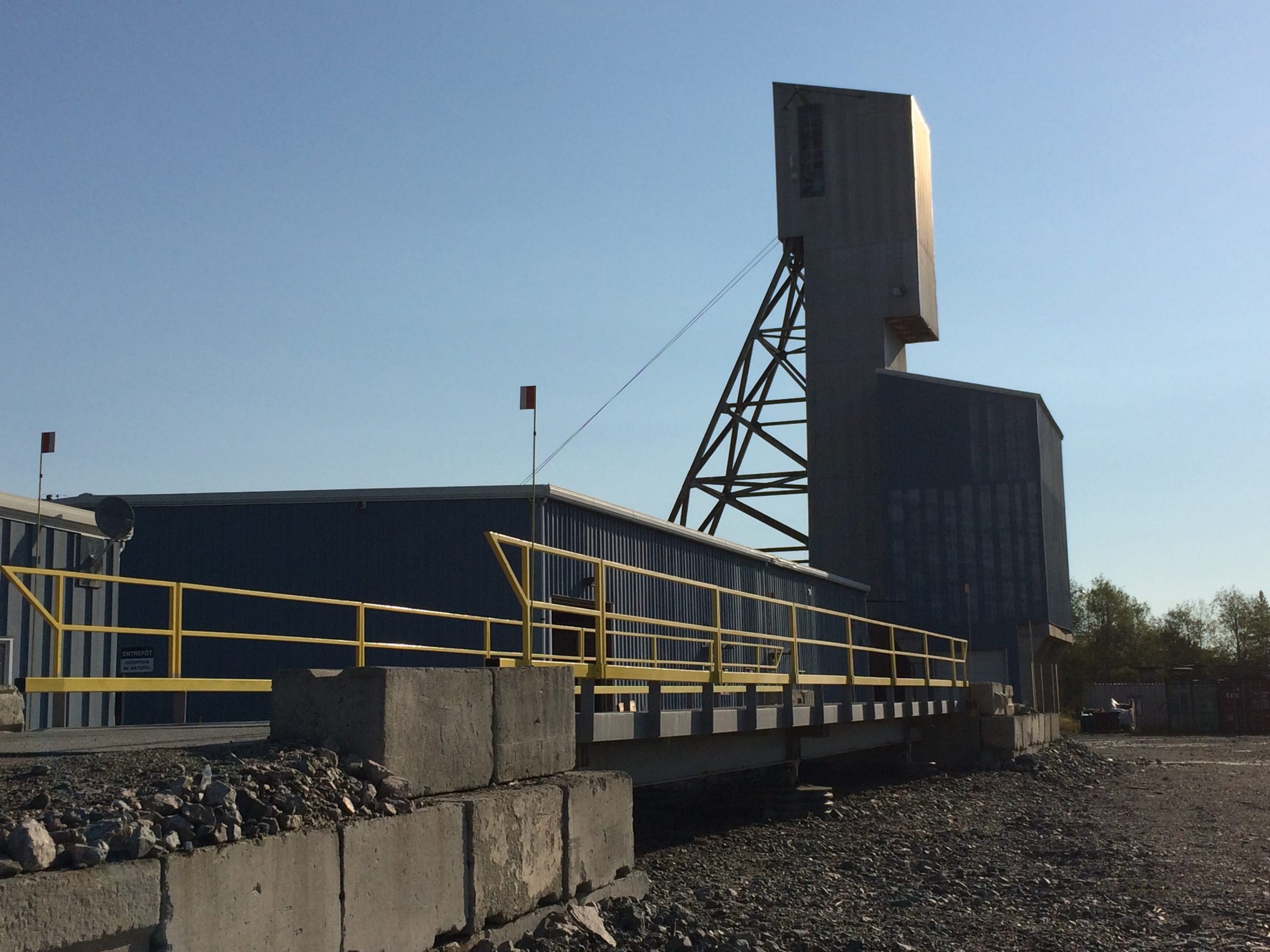 The surface layout includes an office, service building, hoist room and shaft headframe. The project is serviced to a depth of 794 meters (2,606 feet) by two shafts and 16 levels. All necessary mining hardware and facilities are in place.

From 1984 to 1989, approximately $23 million was spent on these properties by the Company, in joint venture with Ressource Aunore Inc – Nova Beaucage Mines Limited. Buildings and surface facilities were put in place and mining equipment was purchased. The mine was dewatered, 4,268 meters (14,000 feet) of old galleries were rehabilitated, the shaft was deepened by 15 meters (50 feet), new recipes were established at the upper levels of the No 2 shaft, i.e. at the 4th, 5th and 6th levels, a system of ore passes and waste passes with loading pockets was installed, 142 surface and 75 underground diamond drill holes were drilled, approximately 2,134 meters (7,000 feet) of new drifts were excavated, ventilation shafts were drilled and some production sites were started. A bulk sample of 13,200 tonnes of gold mineralization was mined grading 0.198 ounces of gold per tonne. Following a fall in the price of gold, the work was stopped and almost all the mining equipment was sold, except the most important elements such as the winch, the compressors and the electrical network.

Commercial operation at the Elder mine began on January 1, 2016. For the results obtained since the start of commercial operation, please consult the Company’s financial and management reports, filed on SEDAR and in the Investors section.

On October 31, 2018, the Company published a resource update report for the Elder mine and the Tagami property, prepared by Mr. Jean-Pierre Bérubé.

Cross section of the Elder mine:

Vein #7 is indicated in a hole that returned marginal values. Further drilling will be done to assess the economic potential of this structure.

Tables of resources and parameters used

As of May 31, 2018, the mineral resources in the measured and indicated categories of the Elder mine and the Tagami property are as follows:

On October 31, 2018, the Company published a Resource update report for the Elder mine and the Tagami property , prepared by Mr. Jean-Pierre Bérubé.

At the Elder mine, vein #1 is the main vein. It is continuous over a distance of approximately 650 meters from the surface to the bottom of the mine. The dip is 22o to the south. It is accompanied by vein #3 and vein #6, having the same direction and the same dip. There are also veins #2 and #2A, from the 4th level to the surface, with the same direction and a dip of approximately 40oS, as well as vein #4 with a north direction -south and a dip of 22o to the east.

Vein #7 is indicated in a hole that returned marginal values. Further drilling will be done to assess the economic potential of this structure.

Tables of resources and parameters used

As of May 31, 2018, the mineral resources in the measured and indicated categories of the Elder mine and the Tagami property are as follows:

The technical parameters used for the calculation of measured, indicated and inferred resources are as follows:

UPDATE OF THE PRELIMINARY ECONOMIC STUDY OF ROCHE GROUPE-CONSEIL (2012)

This is the ICM resource definition:

“A mineral resource is a concentration of material in the earth’s crust of economic interest with a form, grade or quality and quantity with a reasonable possibility of eventually being economically extracted. The location, quantity, grade or quality, continuity and other geological qualifications of a mineral resource are known, evaluated and interpreted from geological evidence and knowledge, including sampling.”

A preliminary economic analysis has been prepared based on the Net Present Value (NPV) model. This model is built on the basis of a constant dollar. There is no provision for inflation or for taxes payable. The mine is currently in operation, without debt. The internal rate of return was not used since the mine is already in operation and there is no initial investment. This update was prepared by Renaud Hinse, mining engineer. Since the resources did not increase by 100% or more, there was no need for an independent person.

The assumptions used are indicated in the following table. Sensitivity analysis is done for gold price changes of 10% plus and minus.

The cost of royalties is already incorporated into operational costs.

A summary of the technical assumptions is given in the table above. Total revenue at the mine of $124M is expected, or $224.74 per ton. Capital expenditure required during operation is $10.6M, or $19.19 per tonne of potentially recoverable measured and indicated resources.

The financial analysis indicates a net cash flow of $7.9 million before tax and $4.1 million after tax. Net worth presents

As part of its operations, Abcourt applies a sampling protocol for the three methods used; drill cores (D series), channels (F series) and broken rocks (M series) in order to reconcile them with the ounces of gold produced at its Sleeping Giant plant. The laboratory is headed by a chief analyst who has relevant experience in the field. This laboratory maintains an internal quality control program. Duplicate, blank and measurement standard analysis results appear at regular intervals (3/24) when presenting data.

The verification of 15 samples of grooves (F) and 10 samples of wagons (M) made with an accredited laboratory (ALS-Chemex), indicates that the results of analyzes from the two laboratories have a strong correlation coefficient (R2 =0.975) even including the disparate value obtained from sample M18465.

Send us a message